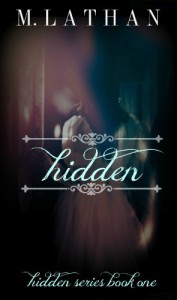 Leah is a loner, her mind is brainwashed into believing that witches are evil and anyone with supernatural abilities should die. She avoids people in order to keep her magic hidden. Being bullied in the orphanage for humans, she tries to keep her awful thoughts of killing her bullies from becoming a reality. But when she nearly flips Sophia who’s a witch takes her away and brings her to a house full of supernatural. Her social skills are zero, so she struggles to trust and befriend the other youth in the house. The house she finds out is actually hers. Sophia had more than one reasons to take her from the orphanage.

As Leah comes out of herself she soon falls for Nathan and he teaches her all about their kind, and that they aren’t evil and neither is she. He educates her all about hunters, who they must avoid at all costs. But with Leah’s picture on the news channel hiding soon becomes a problem and with her old world being replaced with a new one, she becomes guarded in other ways, now she’s not hiding her abilities from the humans, she hides them from her friends questioning if she is really a witch after all.

Watching Leah become a stronger and fun person was brilliant, she was definitely depressed in the orphanage and watching her overcome all she believed to be true was great. The love story between her and Nathan was gentle and Kind and I loved reading about the two of them. But when Leah reveals something about herself and Nathan turns his back on her, for me I didn’t care if he gave her the stars, moon and sun, I just couldn’t like him for the remainder of the story. I cringed every time he was near and wanted so badly for Leah to kill him, because that’s what he deserved not forgiveness. For me when Nathan walks away from Leah my heart wasn’t in the story I was too angry, even though so much more about her parents, and what she really is, is revealed, I just couldn’t stomach Nathan for one more moment.

But that is my opinion maybe others will feel differently about this book.