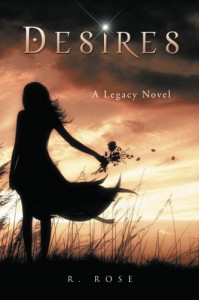 I loved that this story was based in Ireland. I couldn’t help but smile when Tara was mentioned I live twenty minutes from it, or the river Boyne that I swam in as a child. Roxanne Rose made Ireland seem magical and the legends of the Goddess didn’t seem so out of place on such descriptive lands.
This book may seem like a light read but the horror in it is not light by any means, it goes from an innocent child to a scene that would tighten your stomach.

Elean – I was very unsure of her at the start as she whined too much for my likings but as the story developed I watched a child grow into a woman, and a woman into a queen. Elean became a woman to admire and respect as she overcame so much horror, it was remarkable.

Liam and James well I’m not sure which one I loved more, as they were both fit to be the King, and Elean’s lover. But James seemed to use his head more than Liam. Liam would charge into battle not thinking but I found with James he showed true strength especially with Connor, how he stood by as Elean and Brigit where led to the healer it just showed exactly how much he loved her, as her safety came first no matter how much he needed to protect her. Liam’s love was shown in a different way and we see it in him until the last chapter.

Morrigan and Greagoir where disgusting filthy creatures and at times I found it hard to stomach the things they did or wanted to do.

Overall an amazing and well written story, the story is far from over and I look forward to reading Malevolence.