Dinner With a Vampire 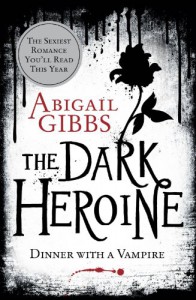 this book started out great the first 360 pages is a love story. On a late night out Violet witness a mass murder of 30 men by none other then vampires. The leader prince Kaspar is cold and heartless but as the story develops a great love story develops between him and violet. Also there is a love triangle. Anyway at this stage there is a few things that Kaspar does being a predator and Violet excepts,as the love story goes on Kaspar nature comes to light, it's not his past doings, it's what he does even while with her, I found several things hard to believe but I went with it anyway. At the start of the book Violet is strong, sarcastic and feisty a real likable character.

Then the story picks up a notch and I loved the next 100 pages where a great story kicks in, i got lost in it once again, as the love story took a back seat yet a great story line took over. but then on page 490 I felt like screaming to the extent i didn't finish the book with frustration. This is why.

Okay picture this she loves this guy and he loves her. But she is found out on a secret, that her dad killed his mom NOT HER BUT HER DAD. anyway they drag her by the head of hair outside across gravel, place a knife at her throat and decide to kill her. Kaspar all this time is looking at her as she cries but o no he is way to angry to help her. So he walks away to let her die. But a different guy saves her. Anyway it gets worse.

Later she asks him would you really have let me die and he says yes he would have, because he was SOOOOOOO angry.
Now this amazing women that I have followed through the book would have told him to drop dead and I would have stood firmly beside her but NOOOOOOOOOOO she pokes him in the side playfully and asks could he forgive her for not telling him about her dad. He replies it will take time.

AHHHHHH HE WAS PREPARED TO LET HER DIE, AND SHE BECAME A DOOR MAT. I JUST COULDN'T READ ANYMORE.

there was a few other things that i didn't like but i overlooked but this i couldn't it was so stupid, and annoying. Pity.
Tweet